Bill & Billy were a blast to photograph – no, make that a hoot, amusing, lively and entertaining.

Little Billy was shy at first. He didn’t really want to have his picture taken. He was acting bashful and sort of hiding behind Bill’s legs.

Until I gave him permission to be rambunctious! All it took was telling him he needed to run as FAST as he could, but not so fast his dad couldn’t keep up!

After that he was all good. And then him and Bill got to sit int he truck, and it was so heartwarming to see father and son playing in a truck that was once Bill’s grandfathers, that some day will be little Billy’s truck, and Billy will do the exact same thing with his children.

Thank you SO MUCH for letting me photograph your Bill & Billy as part of our Deep Roots project. The history of the LaVelle’s and LaVelle Powder Co Inc is something most people have – the generations of Bill/Billy’s/Jrs/Srs, the fact that little Billy’s Grandfather used this same truck to help blast the road to the Lady of the Rockies, and that someday this truck will be his.

I only hope my husband and our sons will have this type of relationship as they grow up – just like Bill & Billy. 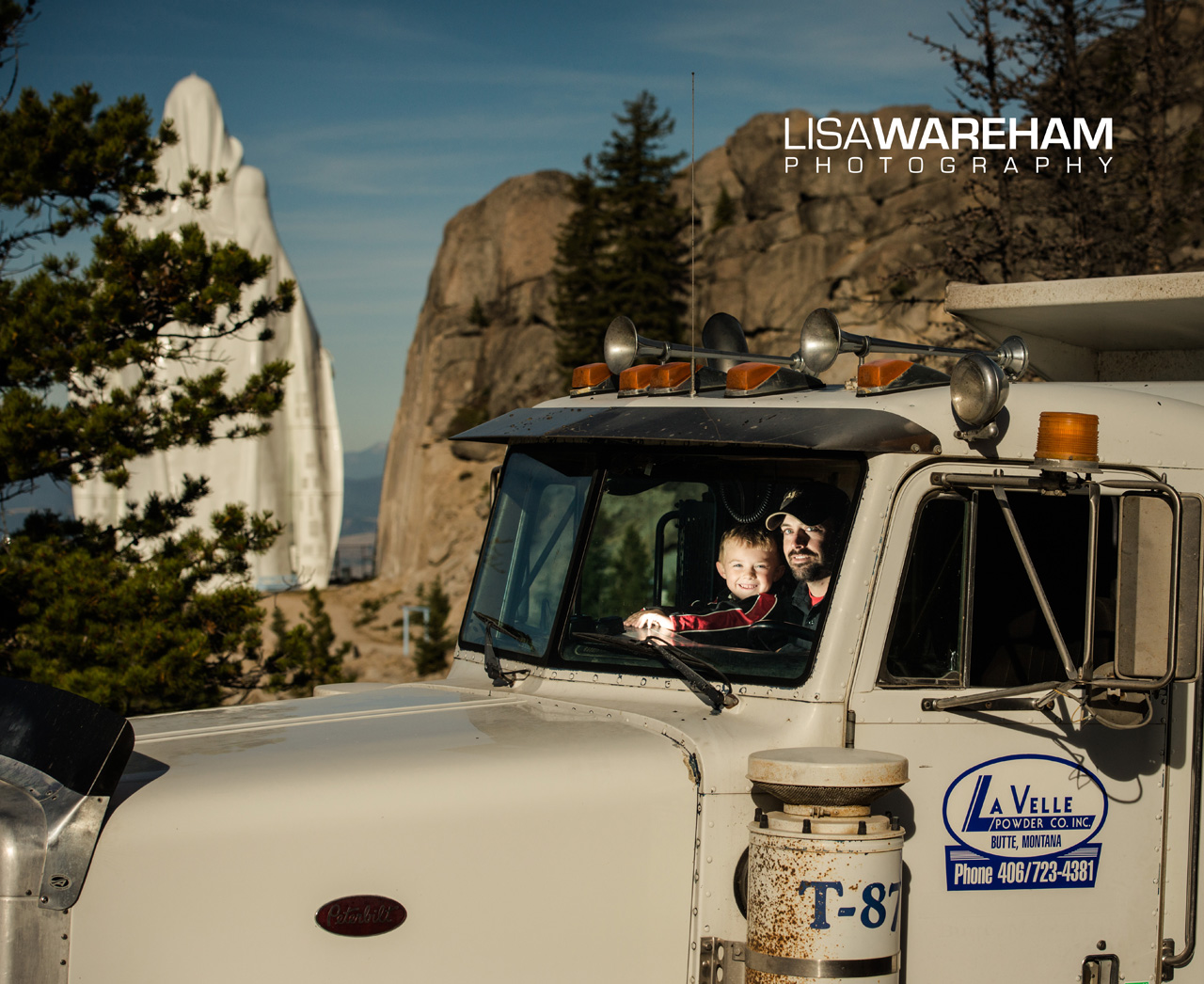